Have you ever visited Agra city? If not yet then have a visit once and you will get to see the charm of that time, the time of Mughals or I can say the realm of Mughals.

Though India was ruled by many great dynasties but the golden period of India is considered as the Era of Mughal. When Mughals came to India they got flaunt by its beauty and its culture. They established their regime over it and induced their Persian culture with the Indian. And that simply gave new birth to all new culture, Indo-Islamic.

Mughals had a great sense of architecture and eateries. Over the many centuries, they have built many wonder-stricken architectural buildings, over all India. From the Humanyun’s Tomb in Delhi to the Buland Darwaza of Fatehpur Sikri, Mughals Emperors gave their best to the country. North India has many great buildings which has amazing artwork done of them and that artwork is called Indo-Persian art.

Agra city is really a fortunate one that is still able to maintain that realm of Mughals and with all due respect to all those great buildings and things. Let me start from the Akbar’s reign because Akbar was the king who laid the good foundation of this city of Taj, Agra. An Overnight Agra Tour can give you a better physical view of that age.

The era of boundless art history started from the development of Humayun’s Tomb (Tomb of Akbar’s Father) in Delhi. This great piece of structure is the amazing sample of Indo-Persian artwork. And under the patronage of the Mughal Empire, India got an amazing Indo-Islamic architectural style.

After that, he commissioned many beautiful things but the main out of them is the Agra Fort. A finely built red sandstone structure, standing beside the bank of river Yamuna, giving an awesome viewpoint to the city.

Also, Emperor Akbar is known for his ‘royal city’ Fatehpur Sikri. This whole city was the perfect blend of Indo-Islamic culture and art. From the Buland Darwaza to the Jama Masjid, everything is so neatly carved that anyone can be spellbound to their beauty. And anyone can have the taste of that beauty by having the same day Agra tour.

Among the very few, riverfront gardens present in India, Itimad-Ud-Daula, the tomb of Mirza Giayaz Beg, is one of them. Mirza Beg was the father of Nur Jahan, the wife of Emperor Jahangir. Mirza Beg was the key member of Jahangir’s platoon.

There are many buildings present in India which are equally contributing to maintaining the realm of the Mughals. Emperor Shah Jahan’s main contribution is taken in the form of that amazing and ultimate building Taj Mahal. This monument is standing peacefully in the Agra city at a bank of River Yamuna.

About two decades were taken in order to build this monument but those years were very clearly depicts from the beauty of Taj Mahal. A day trip to Taj Mahal can give you brief information about this monument.

Shah Jahan also built Moti Masjid within the Agra Fort. Nowadays, Moti Masjid is not open for the visitors but the petra-dura work done on that is the center of attraction. Those who considered themselves the aficionados of art and craft, this building can put them into a maze.

Aurangzeb was taken as the rudest emperor of India and after the death of Emperor Aurangzeb, the Mughal Empire began to collapse and the British colonial rule was established over India. He had not made any contribution in many India, an architectural state. 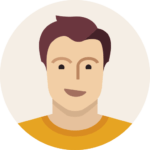 How to plan an Agra tour to make it unforgettable